13 and 14 weeks! {Picture Overload} and a prayer request

****Please pray for a family on my June 2011 Babycenter Forum, one of the moms lost her baby, Drew to SIDS last Thursday. He was a week older than Levi****

This has made me so sick to my stomach all weekend long. I cant even imagine. I complain all the time about Levi waking up 3x a night for bottles, but I know that Amy would give anything to have her baby Drew back. I am now thankful that my precious Levi wakes up for those bottles, and so blessed that the Lord has taken care of him each and every moment.

Here are some pics from 13 Weeks!

Azul is slowly getting closer to him =) 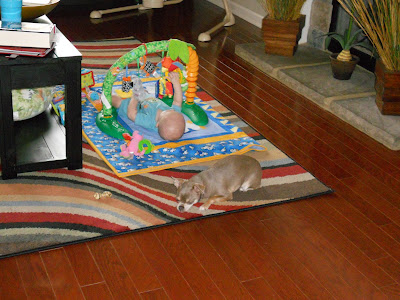 Levi has so many "faces" 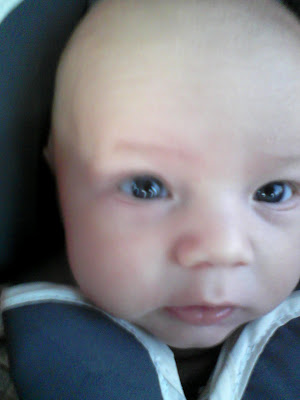 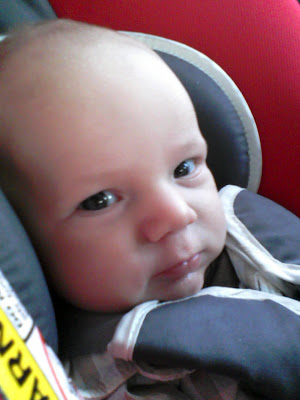 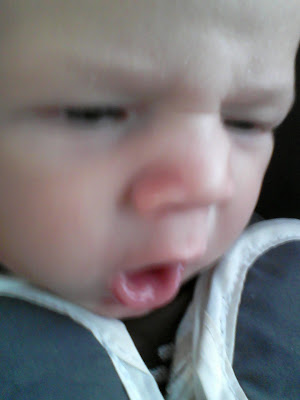 On his way to a baby shower for Matt's friend who he mountain bikes with. His wife is expecting twins in November 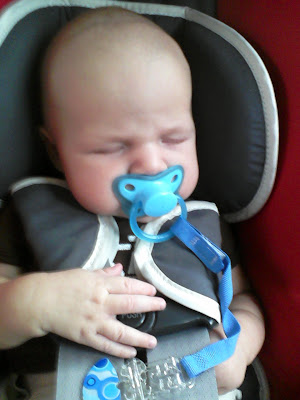 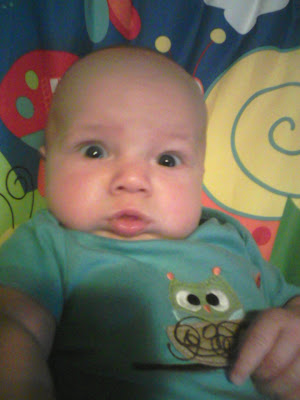 Seriously....One of my favorite pics 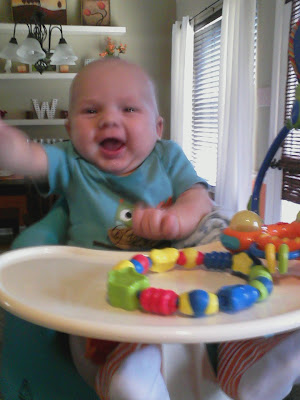 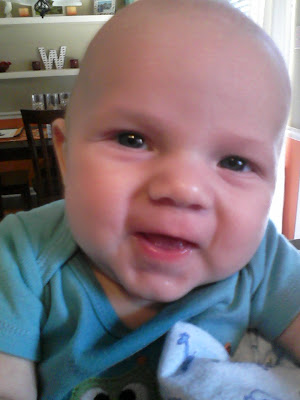 Levi wants to sit up so badly. He hates laying back 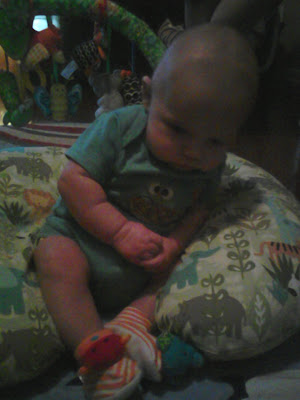 He knows how to make the froggy play music 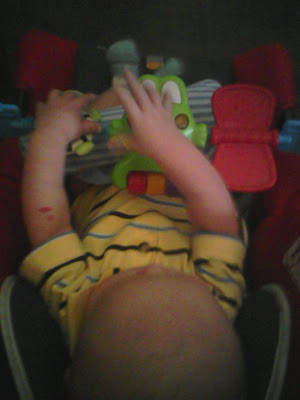 This is the face that he gives me when I feed him. Adorable 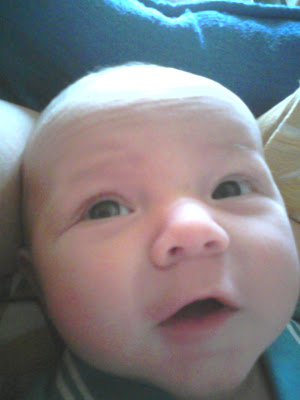 I love this pic 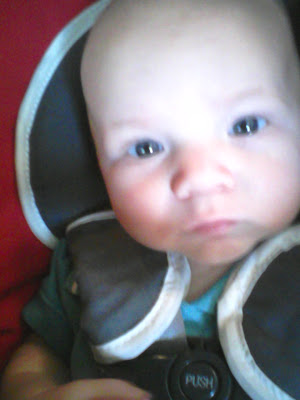 He is grabbing at his feet more and more 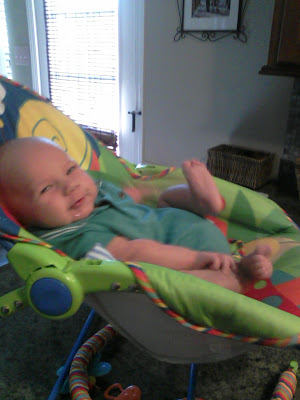 We were outside with Azul one day, and he was so interested in our shadow 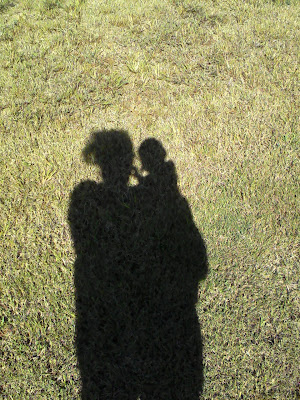 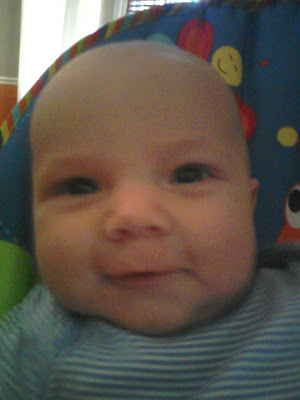 He looks tired here, huh? We were at his nanny's for his Uncle Tim's Bday Party. His Nanny Lou is holding him 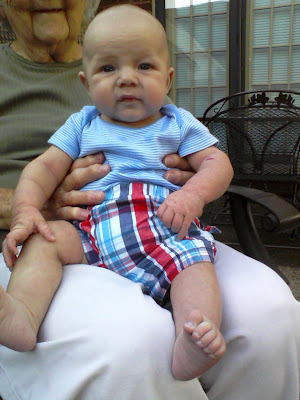 He is saying "ooooo" here. I promise he sounds like he is an owl =)
He must like his nursery then! 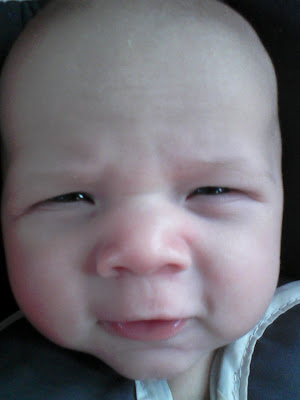 Do so much better with tummy time 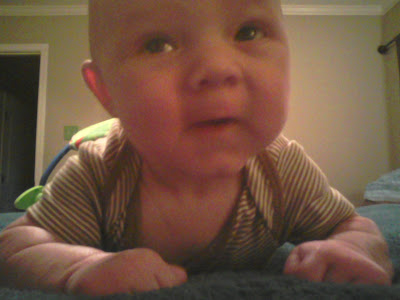 He loves to be swaddled and to sleep in his swing. We have to replace the batteries weekly from how much we use it. 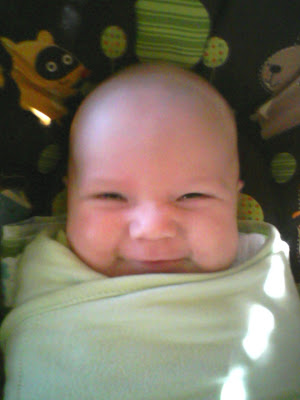 He had just woke up here. I loved his expression.
That is my big nose =) 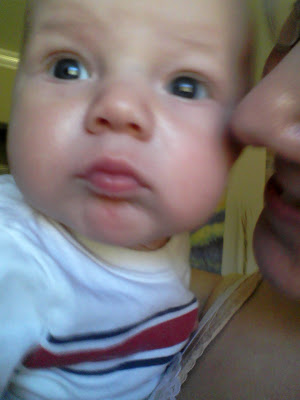 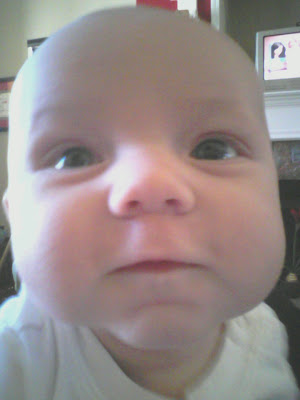 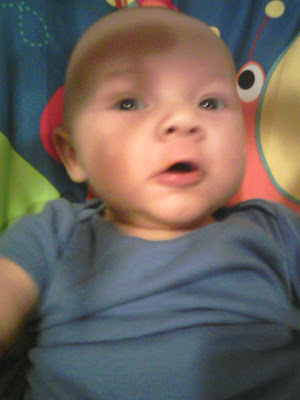 Here are some pics from 14 weeks!


Another day that he just woke up. His papa said he looked like a grumpy old man. 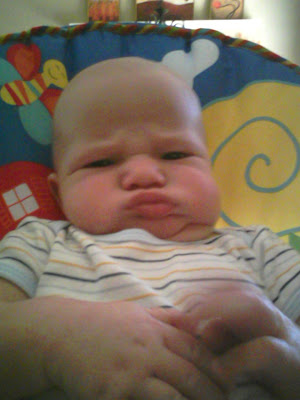 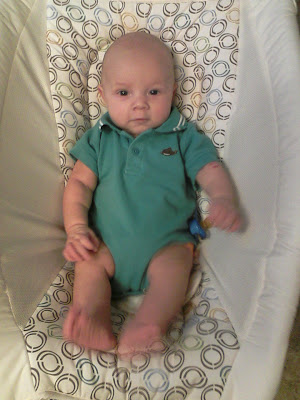 We had to take Levi to the doctor because he was refusing his bottles and screaming bloody murder after he burped. We tried everything and finally took him in.

He had a double ear infection but with no other symptoms, weird right?

He was a smiley boy, then screamed for 20 min until he was seen by the doctor. 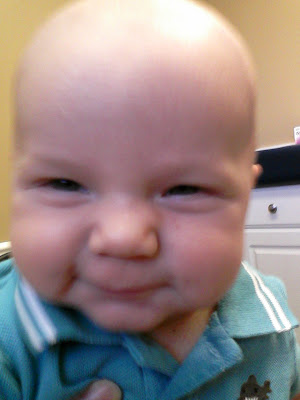 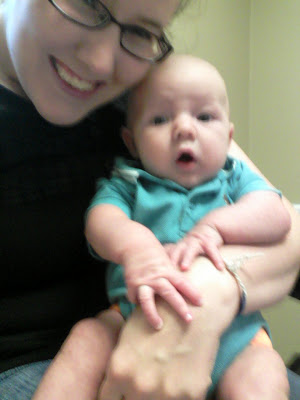 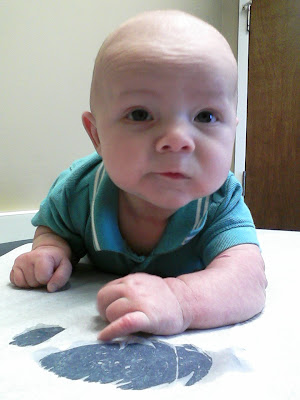 I love you Levi Man! You melt my heart!

yes, he looks like Matt more and more. Such a sweetie! Glad he is feeling better.
AS far as SIDS.....such a horrible thing. I feel for this one that lost hers and my heart aches for her.
You simply have to place him in the Lord's hands and know there is no better place for him to be, that includes your own hands. Advice I have to remind myself to take a lot!