Azul had his first road trip this past weekend. Matt, My In-laws, and I went to Star City, AR to vist with Matt's Nanny. Azul came along for the weekend. 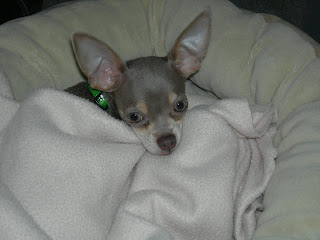 Just riding along on Ashlee's lap! 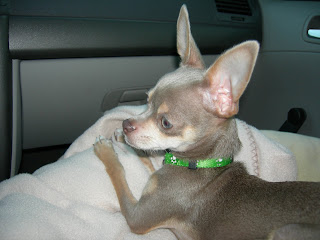 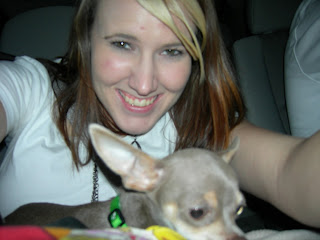 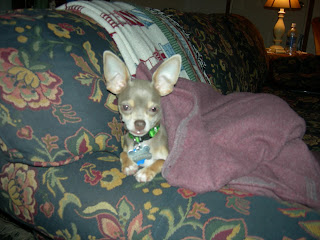 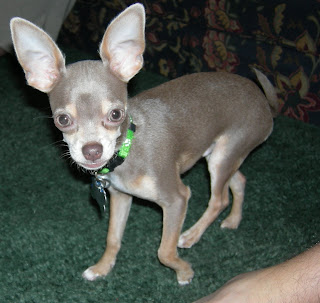 Headed back home. He is probably thinking "Are We There Yet"?? 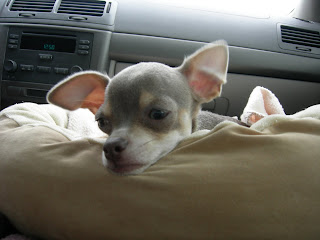 What did you say Matt??? ( It looks like he is hanging on every word Matt says) 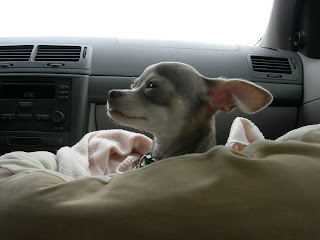 We had just woke up from a nap. I have bad messed up hair =) 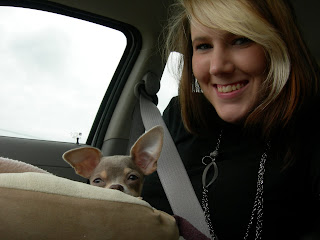 We are back in Memphis!!! 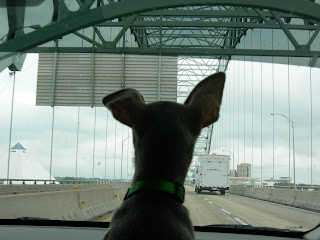 I just wanted to share a few pics of AZUL with everyone. He is so much FUN!!!

He was featured on The DIY Showoff's Parade of Pets!!

Love your puppy!!! I have a lab, who 3 years old named Tabu. She an outside dog. She comes in once in awhile, but knock things over with her tail. Her tail is always wagging. I also have an english bull dog, made Mac. Mac is 1 years old. He follows me all over the house. I love both my dogs. Say hello to Azul. THANKS!!! for visiting my blog and come back soon. Your always welcome. I did become a follower of your blog. Must keep up with Azul and get some new recipe. THANKS!!! Geri

azul looks like he had a good time. glad you all are back safely. say hi to my grandpup. love you all, mom