Matt has been training for a Duathlon at the end of March since January. A duathalon is Run/Bike/Run type of race. He quickly progressed and was able to run for 3 or more miles!
A local church was hosting a Hope for Haiti 5k this past Saturday, and Matt signed up! 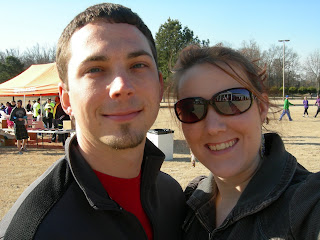 He joined 500+ runners to raise money for Haiti!
He also ran with our SS teachers Brandon and Lori! 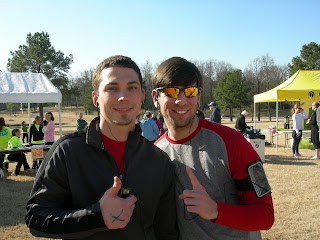 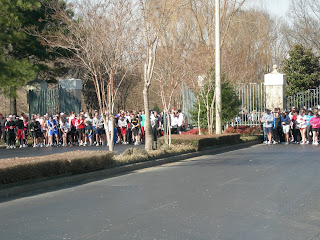 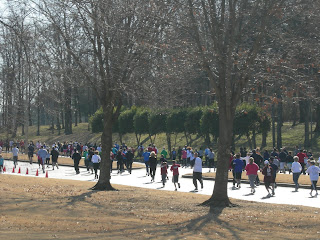 I was so excited and Happy for him. I saw him coming around a corner and even from a distance I knew that it was him.
I immediately started crying....HARD....so hard that I was sure people were starting to stare,
But, I was so excited and so proud of him, that he finished and that he worked so hard!
Needless to say, he thought I was Crazy!! 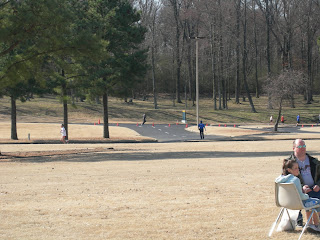 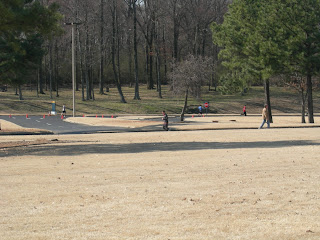 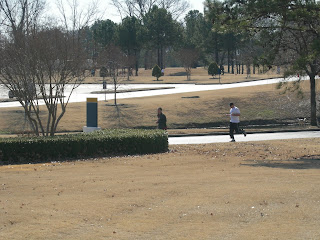 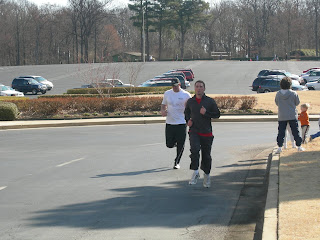 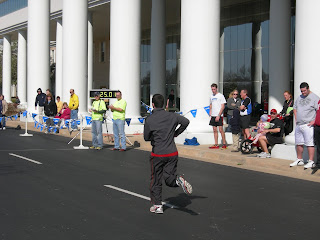 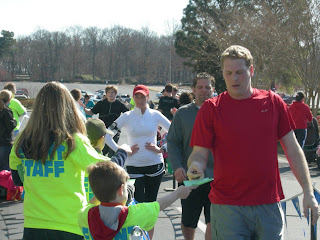 Lori (in the white) Finishing!! 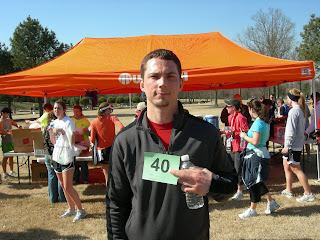 Anyway, I wanted to dedicate a post to him, and let him know how proud I was of him!!
He will be Running 3 miles/Biking 6 miles/Running 1 mile
In the Shelby Farms Wolfman Duathlon on March 28, 2010
and you better believe that I will be there....
probably with even more TEARS!!
I even had a custom T-shirt made =)

Oh I am proud of him too! I would have been crying too if I was there but I probably would have not looked crazy since I am pregnant and well crying comes with pregnancy.
WAY TO GO BRO!!! Your big (yes, you can say literally) sister is proud of you!

That's impressive. I have always wanted to be a "runner", but I have never been able to get past running from one mailbox to another.