THis month alone, we have ventured to the Memphis zoo 3 times! We were thankful to have Levi's nanny and papa by him our family a zoo pass for a whole year! Yippee!

Levi's first trip to the zoo was with the SAHM's and all the kiddos from our life group at church. I believe there were 10 moms and about 15 kids and babies! We took a group photo but I dont have it to share.

Here is Levi!
It was a bit chilly that morning and windy too, however, it did warm up later that morning. 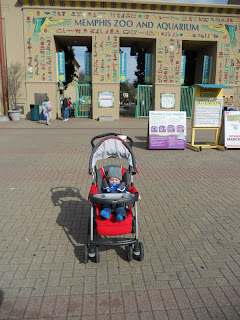 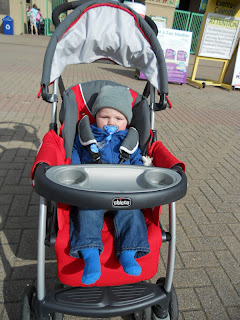 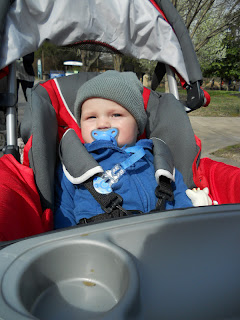 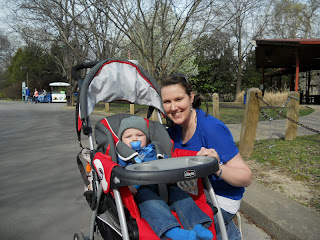 Gracious, he is cute! 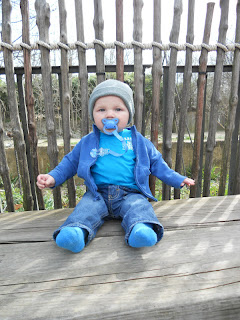 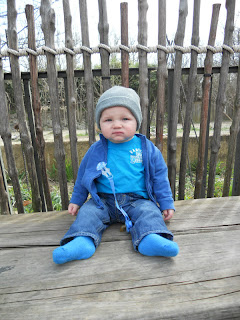 My favorite "first time at the zoo" pic. 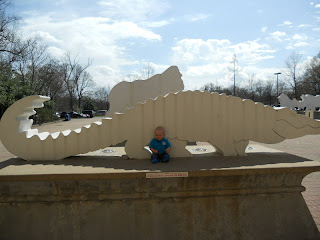 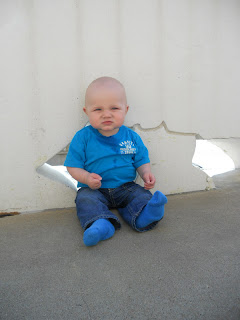 Just a week later, Levi's Gma Judi and his Uncle Brant and Uncle Noah went with us! It was much warmer today and had to put sunblock on him. Oh, and he started Children's Allegra the same day. 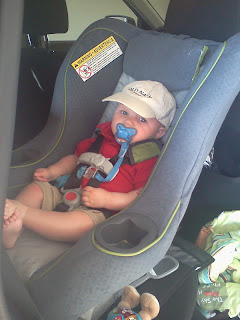 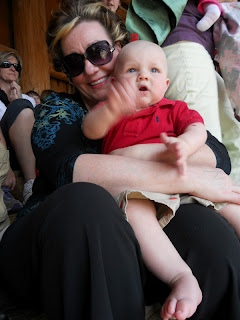 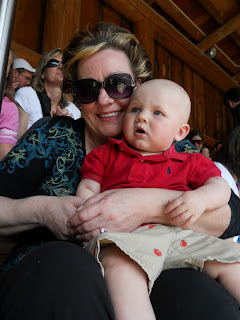 My mom and brothers are not gonna like these photos posted,
oh well =). 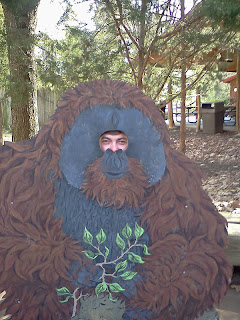 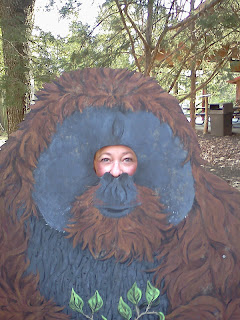 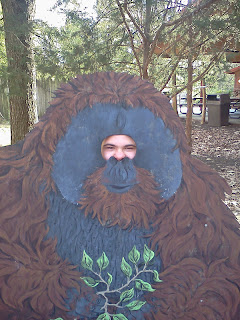 We tried to get Levi to get his head in the gorilla, but the back of it was seriously DISGUSTING!
It had snot, drool etc, and I didnt want to get him that close. GROSS!

My brother, Levi's uncle Brant
He is 2 years younger than me. 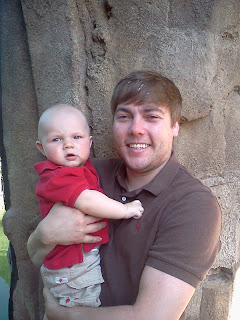 Noah about to turn 16.  He is getting sooo big and he is such a sweet heart. He would so anything for you. 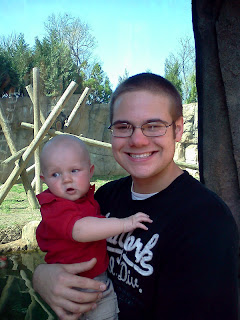 And on Levi's 9 month bday, Daddy took the day off and we spent the day together. 1st we met Nanny, Aunt Lindsey and Levi's cousins at Chuck E. Cheese's (Scroll down for pics) and then we headed to the zoo!

Here, Levi is watching the sea lions. We actually had a private show before several kids caught glimpse of them too.﻿ 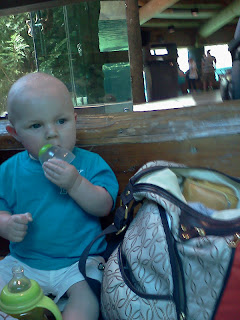 Levi's awesome daddy who would rather take a day off and spend with us than anything else. 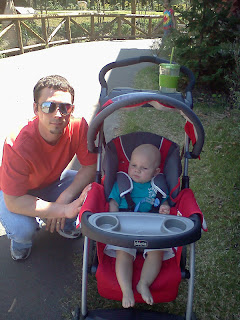 As I said earlier, we first went to Chuck E Cheese's! 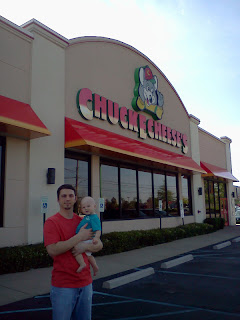 Levi wasnt sure about the moveable rides and quickly decided he didnt like them once they did move. Here he is with cousin A. 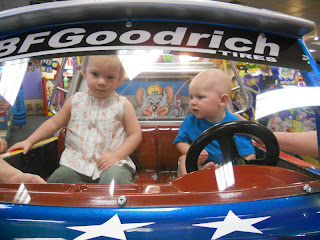 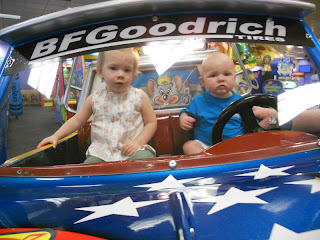 He liked the Bob the Builder, until it started to move! 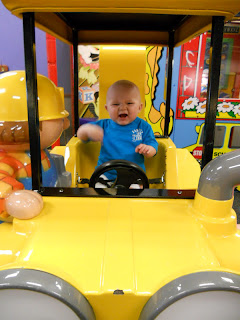 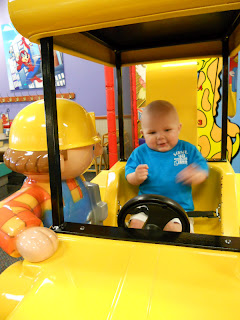 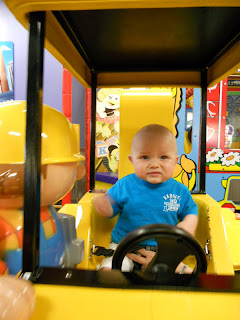 Matt and I used some of Levi's tokens to play skee ball. We tied! 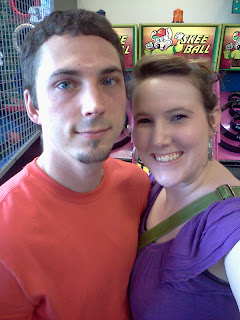 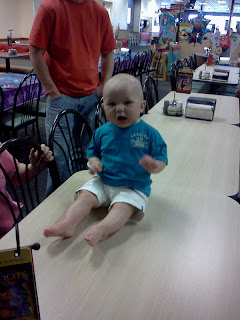 oh, and he kind of liked the horse
(Not shown is his nanny holding onto him) 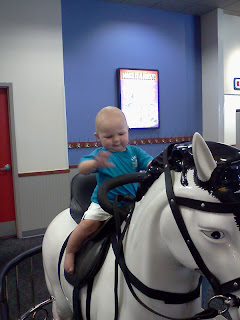 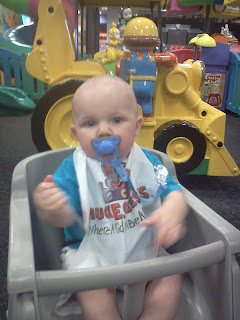 We had a great Day!

It was lots of fun. We need to meet at the zoo soon. Adeline would love to go with LaLie :).