We had originally planned to buy a monogram for over Levi's crib, but since that wall was adjacent to the wall with the mural on it, I figured it would be to much vinyl.
So, I bought these letters for 30% off at Hobby Lobby for $1.40 each + 5 sheets of scrapbook paper. 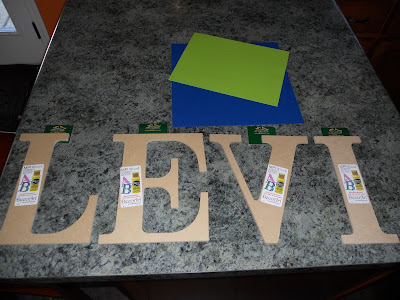 I had also originally planned to cover them with the scrapbook paper, but thought painting them would be much more simple. I did end up using the paper in this project and this one. 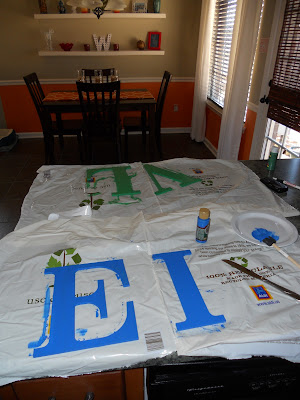 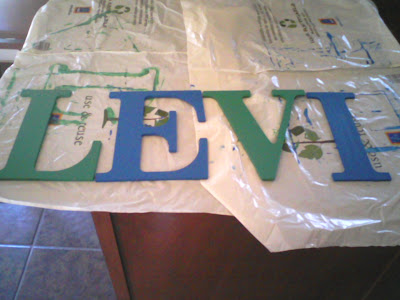 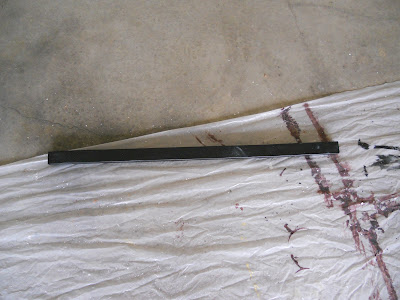 And, hot glued the letters onto the 1x2﻿ 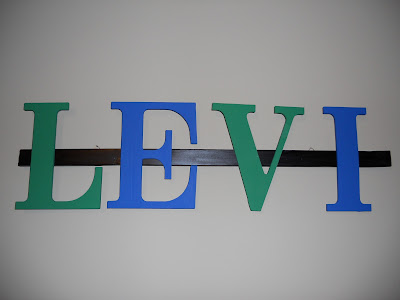 Here it is above Levi's crib 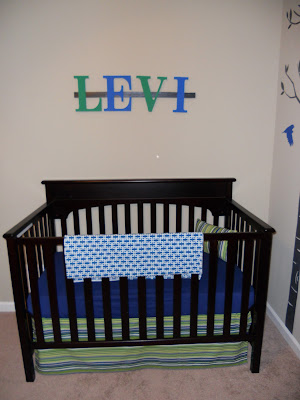 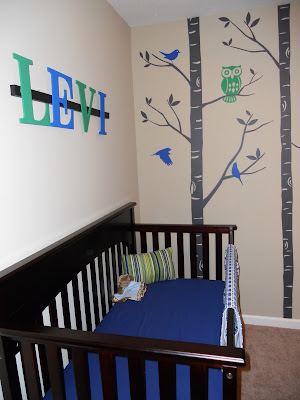 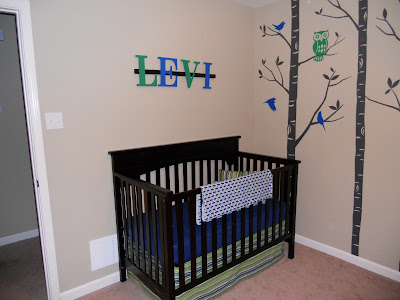 Just a few more touches to go and we will be finished!!!
﻿
Posted by Ashlee
Labels: Baby Workman, Nursery

I like how you hung them instead of the popular way with a ribbon. It looks much more boyish the way you did it. It is all looking really great!